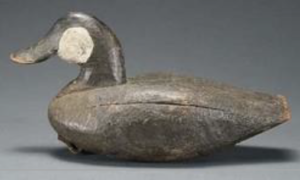 If ever you wanted a taste of our forefathers’ hardiness, you’d find it at Wash Woods. There, in thickets of low-slung evergreens, far from any human population, are the hidden ruins of a community that had no roads in or out. That remoteness was responsible both for the village’s existence and for its undoing.
Even today, part of the mystique of Wash Woods is the formidable task of getting there. The abandoned hamlet is not quite at the ends of the earth, but it might as well be. Wash Woods now lies within False Cape State Park, as far southeast in Virginia as it’s possible to be.

Unless you travel by boat, there are only two approaches to the park, from the north through Back Bay National Wildlife Refuge, or from the south, via the roadless beaches of North Carolina’s northern Outer Banks. Whichever way you choose, there is no driving inside the park itself. False Cape State Park is primitive and offers little in the way of modern amenities–a fact that attracts those trying to escape civilization. The park is long and narrow, and separates the Atlantic Ocean from the broad expanse of Back Bay.
​
Technically False Cape lies on a peninsula, but the skinny neck of land, just a half-mile wide in one spot, effectively acts as a barrier island. Dunes along the ocean give way to dense groves, which, in turn, give way to marshes. Wildlife abounds, and you’ll find ample evidence of opportunistic species that can make a living despite the sand and storms that would drive so many others off–sea grasses, evergreen shrubs and trees, mushrooms, sea birds, mice, foxes, deer. In spots, freshly-dug depressions in the ground are clues that feral hogs have been rooting for food. This was Charles Waterfield’s home.  He was a waterman, hunting guide, hunt club caretaker and decoy carver.  Born at Wash Woods, December 5, 1882, he lived his entire life on this fore barren peninsula where he and his wife Etta raised six children.  His decoys are very rare.