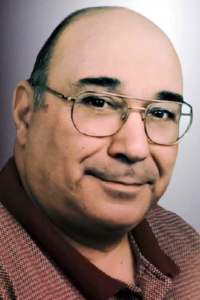 A resident of Norfolk, Virginia, Pete DiPietro was born in Brooklyn, New York. Following high school he joined the United States Navy where he would retire at E7/Chief Petty Officer serving as a hull technician. Pete was a member of the Freemasons, a devout member of Christ Lutheran Church for 40 years and a member of the Back Bay Wildfowl Guild. He volunteered his carving skills at The Atlantic Wildfowl Heritage Museum on Tuesdays and taught carving classes to seniors at the Norfolk Senior Center. He also enjoyed woodworking in his free time.

Pete was always proud to say he was a “self-taught” wood carver.  He had a great personality and loved to perform his woodcarving skills for the visitors to the museum.  He always had a humorous story for every situation no matter what it was.  He would always start his story with “I had a friend of mine.”  I always suspected that many of the stories were things that Pete had probably done himself.