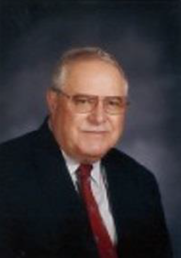 Lee always referred to himself as “The Tank Talker”, that is because he was always the Master of Ceremony at the Mid-Atlantic Wildfowl Festival’s floating competitions.  He provided the colorful commentary while the judges took their time evaluating each bird entered into the floating competitions.  He was a knowledgeable and skilled carver in his own right! He once won a blue ribbon in a decoy competition at the 1972 Ward World Championships in Ocean City, MD.

Lee is one of the original Charter Members of the Back Bay Wildfowl Guild, in fact, he was in the car with Fletcher Bryant on a return trip from Ocean City when they gave birth to the idea of producing a wildfowl festival in Virginia Beach. Can you even imagine how that conversation must have proceeded?

Lee was born in Neptune, New Jersey; but, spent his entire life in Princess Anne County and the City of Virginia Beach.  He graduated in 1951 from Oceana High School where he lettered in three sports; Football, Basketball, and Baseball.  Below right is his senior picture. 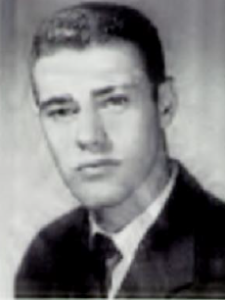 From June 1951 until June 1954, he served in the United States Marine Corps, first in recruit training at Parris Island, South Carolina, and on to infantry training at Camp Pendleton, California. He was selected for service in First Amphibious Tractor Battalion Fleet Marine Force Pacific. In December 1951, Lee joined the 1st marine division in Korea.

After his military service commitment, Lee graduated from Virginia Polytechnic Institute in 1958 where he played football.  Later he earned a Master Degree in Education Administration from The College of William and Mary. In 1958, Lee entered service as a teacher in the old Princess Anne County School System. As
an educator, Lee taught at Aragona and Pembroke Elementary Schools, and served as principal of Pembroke Elementary (1964 to 1969), Virginia Beach Junior High (1969-1981), Lynnhaven Junior High (1981-1984), and the Career Development Center (CDC) (1984-1993) an at-risk high school in Virginia Beach.  Lee had a deep respect and love for children.

Lee was an avid reader and especially enjoyed military history. He was interviewed numerous times for documentaries for local and state projects. Lee was also an avid hunter. He hunted the waters of Back Bay for many years and served as a guide for the last hunting party at False Cape Gunning Club.

Aside from his school duties, Lee participated in church and community service. Lee was an active member of Galilee Episcopal Church having joined the Episcopal Church as a choir boy at the age of ten. During the summers he worked for the Beach Life Saving Service and held the position of manager until the summer of 1962.  He enjoyed his service on the “Chain Gang” at Princess Anne High School and First Colonial High School football games where Lee’s son, Sam, coached. His commitment to his community included service as a judge on the Virginia Beach Election Board (1953-1969), service on the Mayor’s Veterans Committee (for life), service on the Virginia Crab Commission, and representative on the Virginia Beach Dredge Commission (1964).  He was a member of the Masonic Lodge and Khedive Shrine.  Lee was an avid supporter of the Atlantic Wildfowl Heritage Museum.  His leadership and his sharp wit will be missed by all of us.  Rest in peace my friend, well done.